How to write an Imaginative Essay?  - The English Digest

You are currently here! Essay Writing How to write an Imaginative Essay?

How to write an Imaginative Essay?

In this article, we are going to learn how to write an Imaginative Essay. An “imaginative essay” is a type of creative writing that uses the writer’s imagination to create a story or a narrative. It is similar to a fictional essay, but it is not necessarily limited to the realm of fiction. An imaginative essay can be based on real-life events or experiences and use the writer’s imagination to explore different perspectives, emotions, or outcomes. This type of essay allows the writer to use creative techniques such as descriptive language, symbolism, and figurative language to make the story come alive. The goal of an imaginative essay is to entertain, engage the reader’s emotions, and provide a unique perspective on the topic.

Imaginative essays can be written in different forms, such as a short story, a descriptive piece, or a personal reflection. In an imaginative essay, the writer has the freedom to create a narrative that is not limited by facts or evidence, but it should be consistent and believable.

The main characteristic of an imaginative essay is that it is written with the purpose of entertaining, allowing the reader to escape reality for a moment and to immerse in the world created by the writer. It is a form of creative writing that can be used in literature, poetry, and other forms of writing as well. 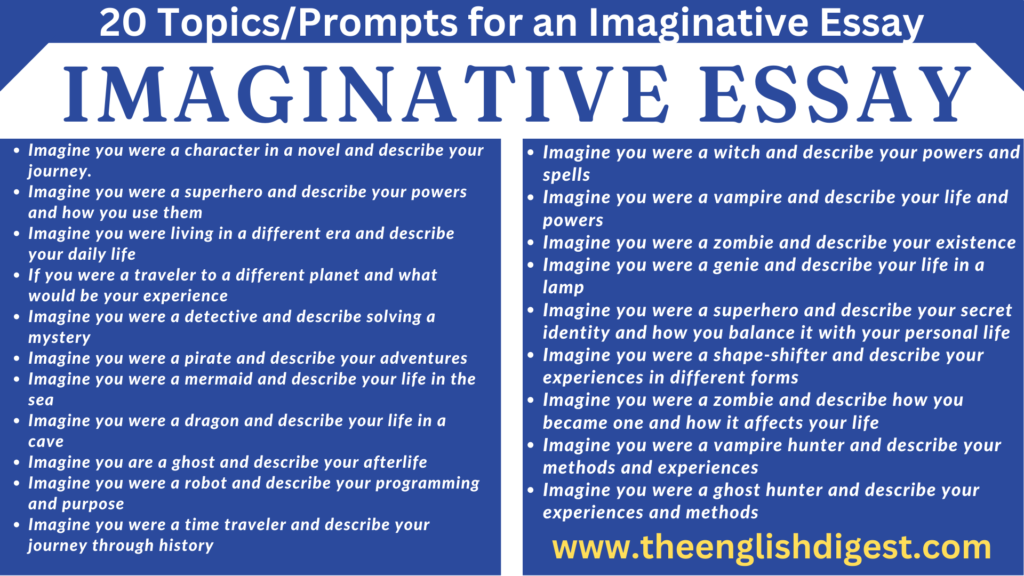 Imagine you were a ghost and describe your afterlife.

If I were a ghost, my afterlife would be one of wandering and longing. I would exist in a realm between the living and the dead, unable to fully move on to the next life.

I would spend my afterlife wandering through the places that were important to me in life, revisiting the memories of the past and the people I once knew. I would be able to see the changes that have happened since my passing and would be able to observe the lives of those I left behind.

However, I would also have a sense of peace and acceptance, as I would have come to terms with my death and would have a deep understanding of the cycle of life and death. I would be able to watch over my loved ones and be there for them in a subtle way, even though they may not be aware of my presence.

Being a ghost in the afterlife would be a unique experience, one that would be both peaceful and longing. It would be a chance to reflect on my past life and to connect with the living in a different way. It would be a journey of self-discovery and understanding, as I come to terms with my death and learn to navigate the world of the dead.

If you were a traveler to a different planet, what would be your experience?

If I were a traveler to a different planet, the experience would be nothing short of extraordinary. Imagine being the first person to set foot on an alien world, to see landscapes and creatures that have never before been observed by human eyes.

The journey itself would be an incredible feat of technology, spanning millions of miles through the vast expanse of space. The excitement and anticipation would be overwhelming as I strapped myself into the spacecraft and blasted off into the unknown.

As I approached the planet, I would be awestruck by its beauty. The colors and textures of the surface would be unlike anything I had ever seen before, with towering mountains, deep canyons, and vast deserts.

As I landed and stepped out of the spacecraft, I would be struck by the strange and unfamiliar atmosphere. The air would be thin and cold, and the sky would be a deep purple or red. I would be surrounded by alien flora and fauna, with strange, unfamiliar creatures roaming the landscape.

The sense of discovery and exploration would be overwhelming as I set off to explore this new world. I would be filled with curiosity and a burning desire to learn more about the planet and its inhabitants. I would take samples of soil and rocks, take pictures and conduct experiments to study the planet’s geology, atmosphere, and potential signs of life.

As I returned to Earth, I would be filled with a sense of accomplishment and wonder. I would have been a part of something truly historic, and my experiences on this alien planet would stay with me for the rest of my life.

The experience of traveling to a different planet would be one of the most incredible experiences of my life, a journey filled with adventure, discovery, and wonder. It would be a chance to see things that no human has ever seen before and to leave my mark on the history of space exploration.

Imagine you were a detective and describe solving a mystery.

As a detective, solving a mystery would be a challenging and exciting experience. It would require a combination of intuition, critical thinking, and attention to detail.

The case would begin with a report of a crime or suspicious activity. I would immediately head to the scene to gather evidence and interview witnesses. I would be keenly observant, looking for any clues that might lead to a suspect or motive. I would take pictures and collect samples, such as fingerprints and DNA samples.

Once I had gathered all the evidence, I would begin to piece together the puzzle, looking for connections and inconsistencies. I would interview suspects and cross-reference their alibis, looking for discrepancies. I would go through financial records, phone records and surveillance footage, checking for any leads.

As the investigation progressed, I would start to build a theory of the crime, and I would work to gather more evidence to support or disprove it. I would work closely with my team, discussing the case and bouncing ideas off one another.

As I got closer to the truth, I would be faced with difficult choices and moral dilemmas. I would have to weigh the evidence and make difficult decisions, always keeping in mind that my ultimate goal is to serve justice.

Finally, with all the pieces of the puzzle in place, I would make an arrest, presenting the evidence to the district attorney and testifying in court. It would be a satisfying feeling to have brought the perpetrator to justice and to have solved the mystery.

Solving a mystery as a detective would be a challenging, thrilling and rewarding experience. It would require a combination of skill, dedication and persistence, but the satisfaction of bringing a perpetrator to justice and solving a mystery would be worth all the hard work.

Imagine you were a dragon and describe your life in a cave.

If I were a dragon, living in a cave would be my natural habitat. The cave would provide shelter from the elements and a safe place to hoard my treasure.

I would spend my days curled up in the darkness, basking in the warmth of my own fiery breath. The cave walls would be adorned with glittering jewels and piles of gold, all accumulated through the centuries of my long life.

As a dragon, I would be fiercely independent, spending most of my time alone in the caverns. However, I would occasionally venture out to hunt for food or to defend my territory from other dragons or other creatures that could pose a threat to my hoard.

I would have a fearsome reputation, known to the local villagers and other creatures as a powerful and deadly creature. But I would also have a sense of pride and nobility, as dragons are also known to be wise and respected creatures.

Living in a cave would also give me a sense of security and protection, as the cave walls would act as a natural barrier to any unwanted visitors, and the cave’s darkness would conceal me from potential threats.

As a dragon, I would be immortal, and my life in the cave would be a never-ending cycle of hoarding, hunting and defending my territory. But I would also have a sense of purpose and duty, to protect my hoard and to guard my territory against any potential threats.

Living in a cave as a dragon would be a solitary existence, but it would also be a fulfilling one, filled with the satisfaction of protecting my hoard and defending my territory. It would be a life of power, wisdom, and pride.

Imagine you were a genie and describe your life in the lamp.

If I were a genie, living in a lamp would be my existence. I would be trapped inside the lamp, bound to fulfill the wishes of whoever holds the lamp and rubs it.

As a genie, my life would be defined by a sense of duty and responsibility. My purpose would be to grant wishes and help people in need, whether it be for wealth, love, or power. I would be able to use my magical powers to make the impossible possible and to help those in need.

I would spend most of my time inside the lamp, waiting for someone to rub it and release me. I would be able to sense when someone is near and would be ready to appear when summoned.

I would be able to travel anywhere and experience different cultures, I would have the ability to understand and speak different languages, which would give me a unique perspective on the world and people’s desires and needs.

However, I would also have a sense of longing and isolation, as I would be unable to leave the lamp and would be separated from the rest of the world. I would have to watch as people come and go, fulfilling their wishes and then going on with their lives, while I would be left behind in the lamp, alone.

Furthermore, some people would use their wishes for selfish or harmful purposes, and it would be difficult for me to watch as my powers are misused. 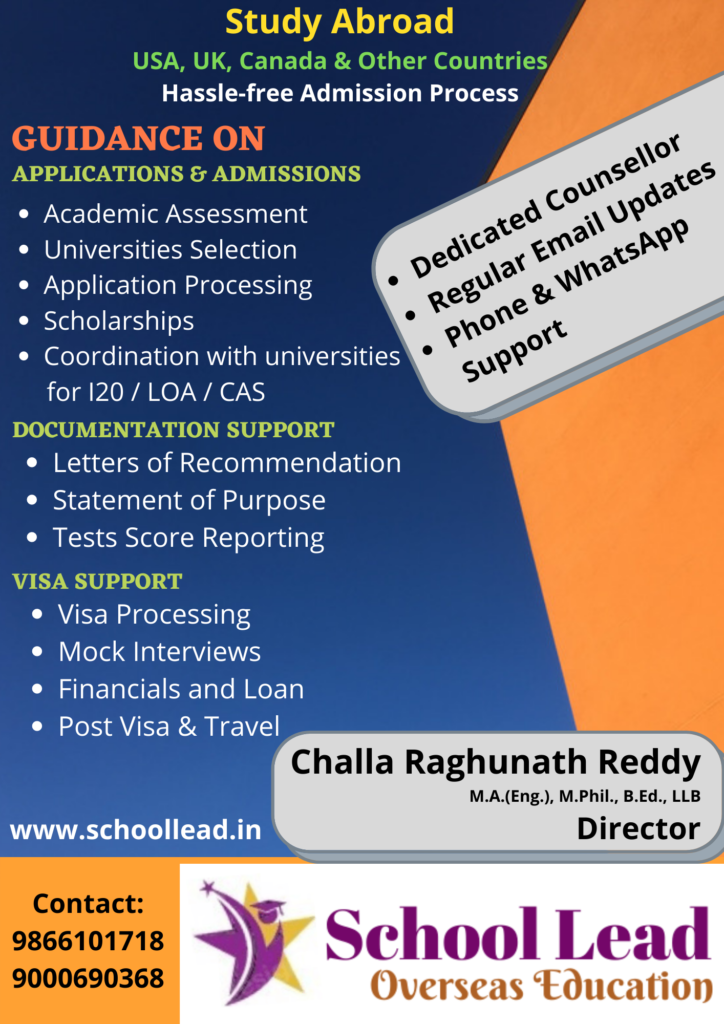